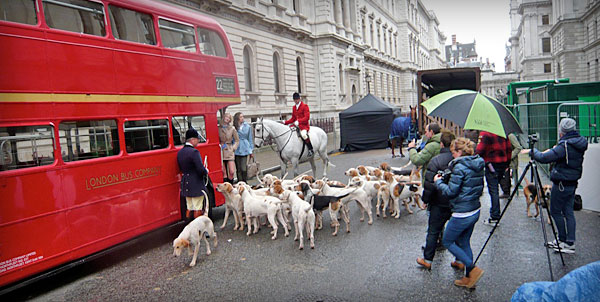 Sometimes working on location can be challenging enough, even without the animals. However, most of the location managers with whom I’ve worked over the years know the score. They know what’s important from the animal handler’s/wrangler’s perspective and just as importantly from the animals’ perspective. If they don’t, it’s part of my job or any animal handler to brief them as to what will make the filming experience with the animals on location as sensible and therefore as easy for the director as is possible. So an early conversation between the animal handler, the production office and the location manager to ascertain that everybody is working off the same page can save a lot of hassle for all concerned.

Whether the location is Black Park just down the road from Pinewood Studios, Soho Square London W1 or a forest in the Ukraine, each location will have it own particular considerations with respect to the animal or animals on site. A few years ago I was asked to set up a scene in Ireland with a herd of 30 black & white cattle surrounding the Hollywood A-lister Amy Adams. The production designer in his enthusiasm chose a cliff top location with a 200+ feet sheer drop overlooking the Irish Sea. As it was I who was writing the risk assessment for the studio in LA as to how to keep their star safe and sound I ventured to suggest that the location was plainly dangerous and not fit for purpose. The designer subsequently found another excellent location where it was safe and practicable to place an A-lister amongst a herd of cattle. Therefore, a key consideration is that the location be safe, practicable and fit for purpose with respect to the animals to be filmed with and the action to be achieved.